Yes, I am known for being thrifty. Now, there are some things that I can’t do without, like having lunch with the girls at work, or buying Skippy instead of the store brand. But the price for some things just boggles my mind.

Which brings me to dishwasher soap. Even with a great coupon and a sale at Target, it comes out to 30 cents a load! I knew I could do better.

Since I’d already tried making laundry detergent (more on that later), I searched for dishwasher detergent and hit upon this recipe in The Naturally Clean Home. 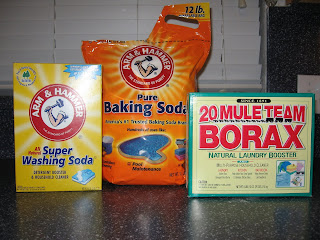 1 cup Washing soda
1/2 cup Baking soda (optional)
1/2 cup Borax
Edit (7/3/09): The baking soda gave the glasses a cloudy film. I left it out of subsequent batches and the cloudiness went away. 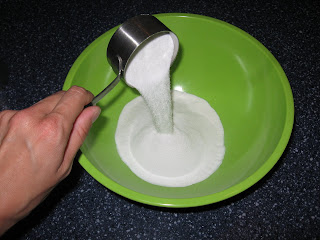 …mixed it up thoroughly and put it in a recycled jar. I made a small batch since it was my first time and I wasn’t positive it would work. You can see that the jar will hold a jumbo batch in the future though. 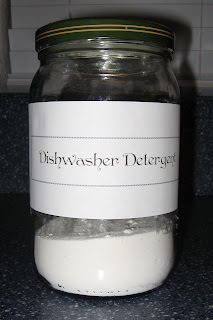 Here’s what the new dishwasher soap was up against. Stir-fry sauce, sippy cups, and all the stuff we dirtied making Brown Sugar Banana Bread. 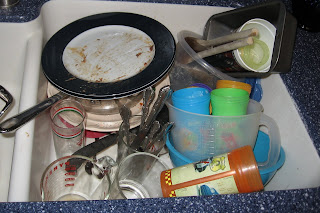 Would it work? I loaded up the dishwasher, measured the 2T of detergent, and waited. 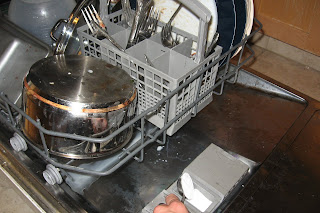 (Thankfully, there were 8 zillion things to do around the house during that time.) 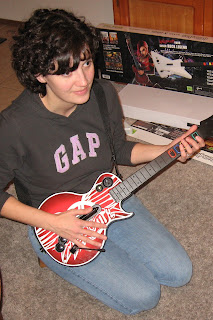 And when the dishes were done? SUCCESS! 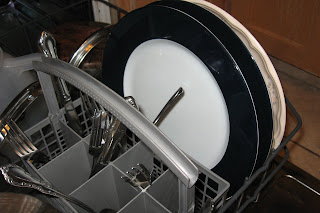 Yes, I know my plates don’t match. I’m OK with it.

The stir-fry sauce is gone, the sippy cups are clean, and the best part of all–it only costs 9 cents a load!

Give it a try! Get this and many other great cleaning recipes in The Naturally Clean Home.

Snow peas
Where do I put my garden? 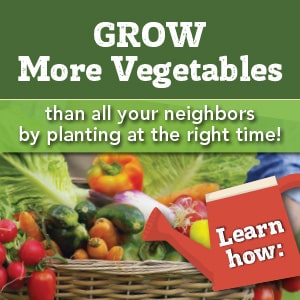 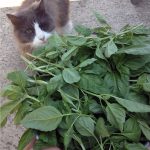 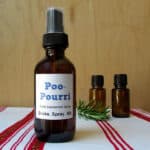 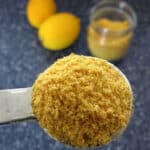