You are here: Home / Gardening / How to Plant & Grow Cucumbers

It’s easy to grow delicious, crisp cucumbers in your garden! Here’s how to plant, grow, and harvest crunchy cucumbers that aren’t bitter. 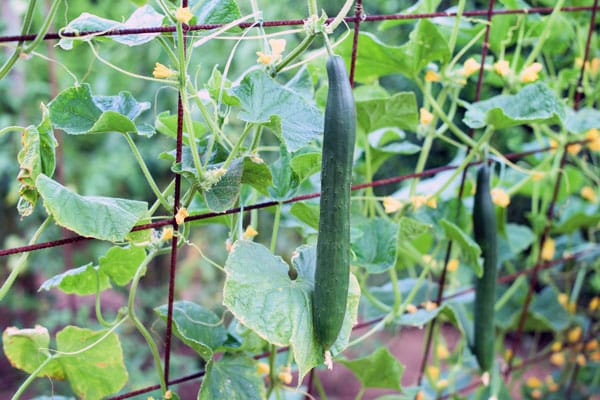 Cucumbers are one of our favorite veggies to grow in our backyard garden. The kids enjoy planting the seeds, watching the vines climb up the trellis, and eating the cucumbers–sometimes right off the vine.

We grow at least three varieties of cucumber from seed each year: Tasty Green for salads; Homemade Pickles for—you guessed it; and Persian Baby for snacking.

Here’s everything you need to know about planting, growing, and harvesting these tasty vegetables (technically, they are fruits) in your garden.

How to Plant & Grow Cucumbers 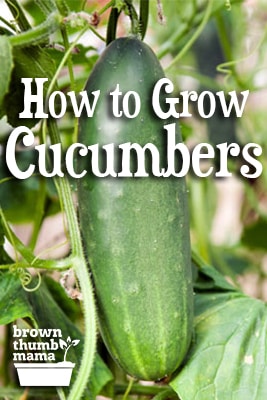 How much sun do cucumber plants need?

Cucumbers need full sun to thrive, so choose an area with 6 hours of sun or more per day.

However: too much sun for too long will prevent fruit from setting. If temperatures exceed 90F for more than 3 days, consider a rigging up a shade cloth to keep the plants cool.

Do cucumbers need a lot of water?

Cucumbers have shallow roots and require regular watering, especially during flowering and fruiting. Mulching is helpful in retaining moisture and keeping weeds down. If plants don’t get enough water, cucumbers may be curved and bitter. 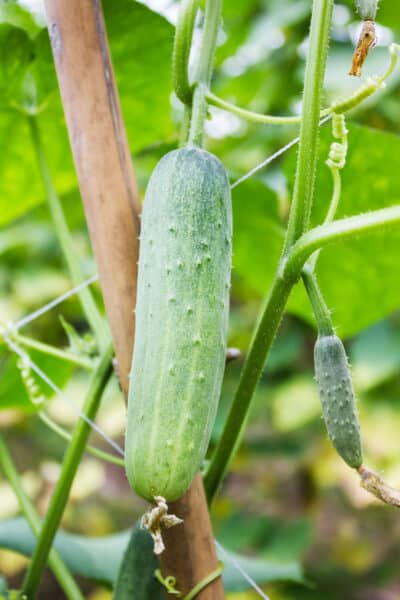 Cucumbers grow quickly and will produce through the season as long as you keep picking them.

Start your cucumber seeds outside, two weeks after your average last frost date. Cucumbers like light, well-drained and fertile soil. The warmer the soil at planting, the happier your cucumbers will be.

Plant seeds about 12” apart with a little bit of EB Stone Sure Start to get them started with extra nutrients. I like to protect the seedlings (and mark their location) with a toilet paper tube fort like this. Seedlings will emerge in 5-10 days. 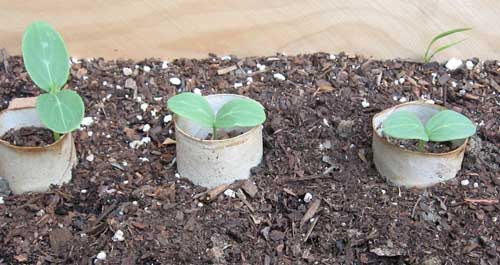 Cucumbers need a trellis to climb on. This will keep the fruit off the ground and away from critters. The cucumbers will also grow straighter, and air flow will help prevent mildew.

I like to use this jute trellis netting because at the end of the season I can cut the whole thing down, plants and all, and put it in my compost bin. If you’ve ever tried to dismantle and roll up a net trellis, you’ll see the appeal of this.

How many cucumbers should I plant?

Can I plant a cucumber from the store to grow more cucumbers?

No. Most store-bought cucumbers are hybrids, which means the seeds–even if fertile–will not grow true and the plant will not set fruit. Better to spend a few dollars and get a packet of Tasty Green cucumber seeds. 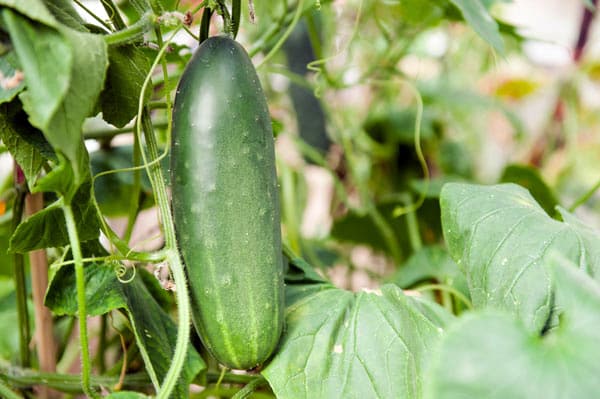 There are a few kinds of bugs that like to attack cucumbers. Common pests include slugs and snails, cucumber beetles, and aphids.

Snails and slugs can be exterminated in a variety of ways. Here are mine, in order of preference:

Aphids are common, and relatively easy to manage with natural methods. Read more about natural ways to get rid of aphids.

Cucumber beetles look like yellow ladybugs, but can be differentiated by their long antennae.

They can spread squash mosaic virus, and are generally bad news. An infestation in a home garden is rare but difficult to control. The UC Department of Agriculture gives some insecticide recommendations here.

Downy mildew and powdery mildew are caused by different fungi, and are hard to treat. It’s best to prevent them by keeping the leaves dry. Water at the base of the plant rather than with an overhead sprinkler. Work with the plants and harvest after the morning dew has dried.

What’s companion planting? Well, just like people, some plants get along better than others.

I learned this from Carrots Love Tomatoes: Secrets of Companion Planting for Successful Gardening, which is a must-read for us vegetable gardeners. 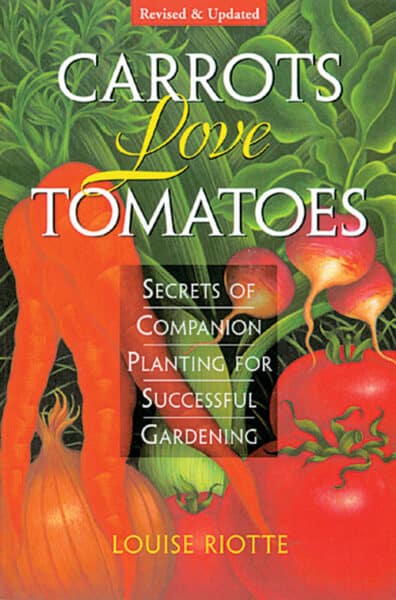 Cucumbers should not be grown near potatoes, but they grow well next to beans, peas, radishes, and sunflowers.

While not strictly considered companion planting, I plant my cucumbers on a slanted trellis and grow lettuce underneath. The lettuce appreciates the shade the cukes provide, and I’m getting two crops from one area.

It takes cucumbers about 60 days to grow from seed to harvest size.

Slicing cucumbers should be harvested when between 6-8 inches long, and pickling cucumbers when less than 3 inches long. Cut the stem, rather than pulling, when the fruit is at the right size.

Don’t leave overgrown cucumbers on the vine, as that will tell the plant to stop producing.

Are you growing cucumbers this year? What’s your favorite variety? 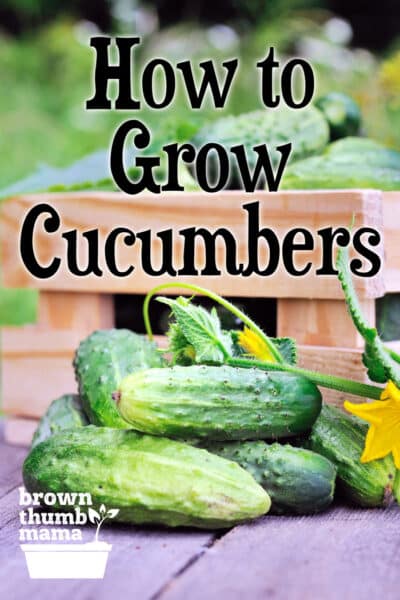 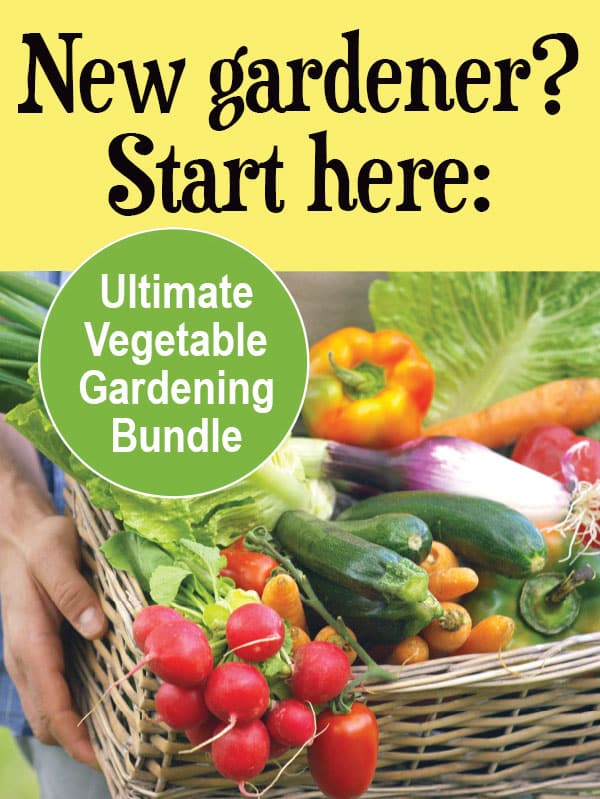 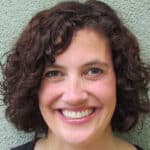